LETTER FROM THE SKIES: THE CHINESE ARE COMING, SO IS AI ON STEROIDS – HELLO, 2023

I AM writing this at 15,000 feet, onboard an ATR 72-500 on a Firefly flight between Singapore and Kuala Lumpur. Firefly, a subsidiary of Malaysia Airlines, has carved out a nice little niche for itself on one of South-east Asia’s busiest routes, plying between the secondary airports of Seletar and Subang.

It’s a good way to start a new year of travel, my first trip of 2023. Flying out of Seletar and arriving in Subang reminds me of the days when the travelling was easy – small airports, no crowds, no queues. Mr Teh Tarik does a brisk trade, being the only dining outlet in Seletar. And in Subang, a guitarist busker entertains travellers with an acoustic rendition of Ed Sheeran’s “Perfect”.

For the past 20 years, since the advent of low cost airlines, secondary airports have played a vital role in the distribution of travel in South-east Asia, linking families, friends, small businesses and communities throughout the region that is home to nearly 700 million people.

And I sense airports such as Seletar and Subang will continue to play a critical role as travel gets back to its feet fully in 2023, and more low cost airlines take to the skies, including the new one in the country I am flying to. Calling itself “the new red”, MYAirline took off on December 1, 2022 and, to date, is operating 20 daily flights across Malaysia. It is also eyeing markets in South-east Asia, namely Singapore, Bali, Bangkok and others in the first quarter of 2023.

I went on a tour of their office and the space literally hums with youth, energy and excitement at the opportunity to make their mark in Malaysian and South-east Asian aviation.

Like them, I am entering 2023 with a sense of excitement, albeit laced with some trepidation, and dare I say, even terror. I am excited because it was good to see the world usher in 2023 with crowds, fireworks and parties again. In Singapore, I swear, the fireworks lasted at least an hour. Whether you were travelling or not, it felt good to be breathing again the air of normalcy – when humans, born to congregate and celebrate, could.

I am excited because the last quarter of 2022 saw travel in our region come back with a vengeance, with two of our biggest markets, Japan and South Korea, fully opened. Almost everyone I knew was in Japan, enjoying the delights and bargains of this amazing destination. Yes, there were plenty of stories of suppliers being overwhelmed and high air fares but those were in turn overwhelmed with stories of joy and pleasure of being able to travel in Japan again.

I am excited because travel’s last bastion, China, has finally reopened. For us in Asia, this means the whole region is finally open for business. For most of 2022, it felt like we were operating with half our limbs. I am excited for my Chinese friends that they can, like us, take their first steps out and associate with the world again.

Over the last two weeks of the year, I met several Chinese friends who had travelled out to Singapore. There’s not one of them – however young, smart, resilient and hardy they are – who has not been traumatised by their country’s strict lockdowns and they will need to heal – just as we did when we were first allowed to travel.

I sense mental wellness and well-being will be top on their list, just as it was with us in our first days of liberation. There’s a sense of déjà vu at play here, as the next wave of travel recovery plays out in Asia.

Reading our handpicked 12 posts of 2022, in March, we spoke of how travel businesses in Penang were both “excited but terrified” at their own country’s reopening. In April, we wrote about how travel for love was leading the way in recovery – visiting friends and relatives, followed by nature, wellness and sustainability.

Speaking to a Gen Z from Shanghai, whose life was pretty much on the up till the pandemic – you know, only child, well-off parents, educated in the US, returned to China and got onto the investment banking and now, investment, career path – I can sense how her view of what once mattered has been shaken. Admitting to suffering from deep depression during the lockdown months this summer – she wasn’t able to step out of her home at all for months on end – she said, “I am going to take the time to reflect, review my priorities between career and personal life and reconnect with the world.”

And she added, with a wry smile, “You wait and see – this coming Lunar New Year, Bali will be packed with Chinese travellers and they will pay whatever it takes.”

So while we have much to look forward to – the return of Chinese travel with a vengeance such as we’ve never seen before – I hope we will welcome them with the same compassion and empathy that the world welcomed us back with, when we first started travelling last year.

I can also understand people’s trepidation at this somewhat sudden and full opening of China. It seemed it went from zero-Covid policy to let’s-be-a-hero-approach and the images and news we are getting in the media about rising infections and deaths, are worrisome.

Can we handle the overwhelming demand that’s about to descend upon us? Can we handle the unknowns, the new curved balls, this pandemic we’re still living in throws us? Again, it’s like deja vu – individual countries are imposing different restrictions and  it’s a harbinger of the early days when there was so much confusion over who needed what to travel to where.

This has led IATA’s director general Willie Walsh to issue this statement today, “Several countries are introducing COVID-19 testing and other measures for travelers from China, even though the virus is already circulating widely within their borders. It is extremely disappointing to see this knee-jerk reinstatement of measures that have proven ineffective over the last three years.

“Research undertaken around the arrival of the Omicron variant concluded that putting barriers in the way of travel made no difference to the peak spread of infections. At most, restrictions delayed that peak by a few days. If a new variant emerges in any part of the world, the same situation would be expected.

“That’s why governments should listen to the advice of experts, including the WHO, that advise against travel restrictions. We have the tools to manage COVID-19 without resorting to ineffective measures that cut off international connectivity, damage economies and destroy jobs. Governments must base their decisions on ‘science facts’ rather than ‘science politics’.”

The other thing I am excited and terrified about is the fast pace of generative AI – AI text-to-image generators such as Stable  Diffusion, Midjourney and DALL-E have exploded onto the scene and in mere months, have amassed millions and millions of users. But that pace of adoption is nothing compared to what’s been unleashed with Chat GPT with its superpower skills to generate codes, answers, prose, lyrics, information, anything you desire – this is search on steroids.

In her guest column in New York Times, titled “The Alt-Right Manipulated my Comic. Then AI Claimed It”, cartoonist and illustrator Sarah Andersen shares her excitement and fear about AI art. First, she wrote about how her work was being reproduced and edited (by humans) to “reflect violently racist messages advocating genocide and Holocaust denial, complete with swastiksas and the introduction of people getting pushed into ovens”. Her handwriting was even mimicked into a typeface which she said, “felt particularly violating”. “Handwriting is personal and intimate to me, a detail that defines me as mch as other unique traits like the colour of my eyes or my name.”

Then along came AI in October and “this was not a human creating fan art or even a malicious troll copying my style: this was a generator that could spit out several images in seconds. With some technical improvement, I could see how the process of imitating my work would soon become fast and streamlined, and the many dark potentials bubbled to the forefront of my mind.

She concluded, “I’ve been playing around with several generators and so far none have mimicked my style in a way that can directly threaten my career, a fact that will almost certainly change as AI continues to improve. Most have captured the outlines and signatures of my comics – black hair, bangs, striped T-shirts. To others, it may look like a drawing taking shape.

“I see a monster forming.”

So in 2023, we will have to learn to live with “monsters” that are coming and forming in our midst.

In his predictions for 2023, Clayton Reid, executive chairman, MMGY Global, ecalling out the awakening of Asia, wrote this about China, “China represented 155 million international travelers in 2019, which dropped to an average of just over 20 million the last two years. If you think “revenge travel” was a thing in the US, just wait. Parts of Europe, The Middle East (especially Saudi Arabia where tourism investment is staggering) and Australia have a great deal to gain here, but it could lead to challenges for suppliers if they are caught unprepared again. Don’t be surprised to see 200 million Chinese travelers in 2023, even with some short-term Covid restrictions in place.”

Meanwhile, generative AI, with its superpower capabilities to amass data and reduce everything to an algorithm, will revolutionise every industry, including travel.

Remember the “Boiling Frog” story? You know, the one about how if a frog is suddenly put into a pot of boiling water, it will jump out and save itself from impending death. But, if the frog is put in lukewarm water, with the temperature rising slowly, it will not perceive any danger to itself and will be cooked to death.

Well, 2023 will be a fast boiling pot and if we jump fast enough, we should be able to ride it out. After all, the pandemic accelerated everything which means we may have to accelerate our pace of evolution – call it “accevolution”.

Welcome to 2023, be excited but also, maybe a little terrified. They are two sides of the same coin. 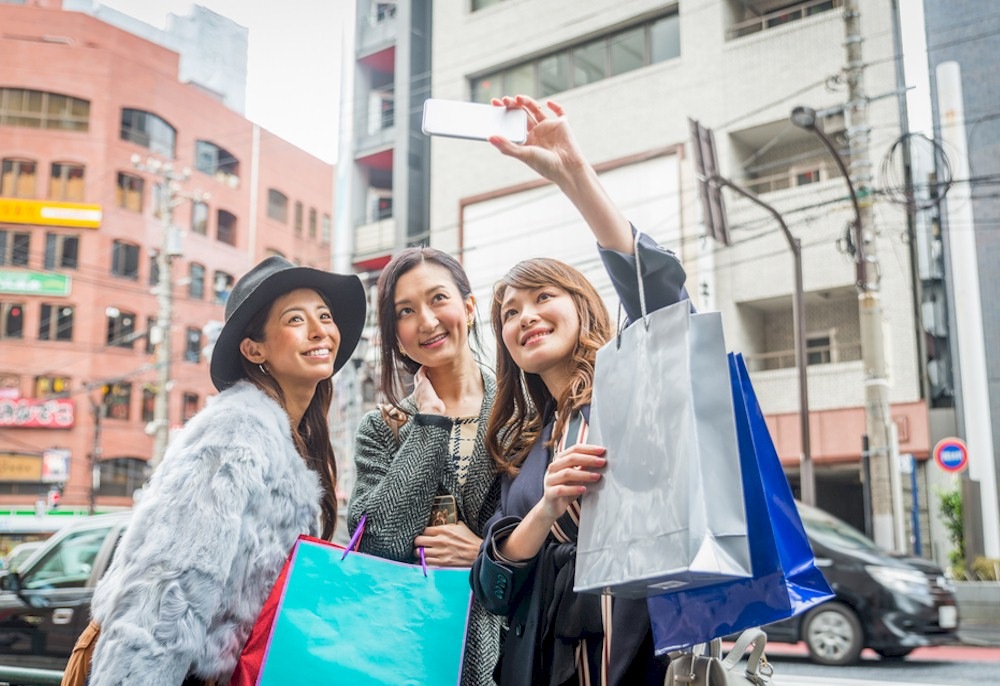 From my desk in Bangkok, I can see that the big mobile digital trends affecting North America and Europe are also in play in Asia. 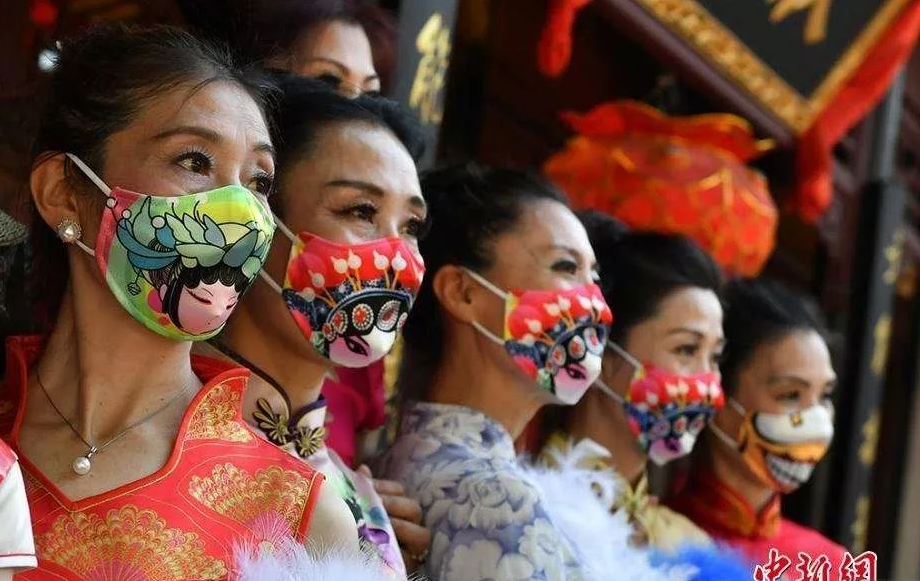 In a fortuitous turn for the travel and hospitality industry, travelers entering China will no longer have to quarantine upon arrival on the mainland from Jan. 8, 2023.