The coronavirus pandemic continues to place a giant question mark around the travel industry and when demand will once again return to 2019 levels. Shifts in consumer behavior aren’t helping hotel companies like IHG plan for a recovery.

IHG’s new travel normal on both sides of the Atlantic include drastically shorter booking windows, according to a company report released this week. Sixty-three percent of Americans now make reservations at an IHG hotel within two days of their stay compared to 39 percent last year. Nearly 40 percent of British travelers are booking in that same two-day window compared to a little more than 20 percent last year.

With booking windows as short as these, it may seem impossible for a hotel company like IHG to anticipate future staffing needs — let alone plan for growth. But the company said it is largely looking ahead with a mindset around building confidence through heightened cleaning programs like its Way of Clean program.

“The key is to stay true to your strategy and understand that travel today is focused primarily on guest safety and well-being,” said Brian Hicks, senior vice president of commercial and revenue management at IHG.

IHG leaders attribute the shortened booking windows to continued uncertainty around the pandemic and ever-changing travel restrictions. The company along with many of its competitors have enacted flexible cancellation policies and “book now, pay later” promotions to give travelers more confidence to book.

As of now, only 22 percent of American travelers and 31 percent of British travelers are making hotel reservations further out than a week, according to the IHG report.

The hotel company has also grappled with a depletion of elderly travelers. Given the pronounced effect coronavirus has on older populations, many are staying home and avoiding staying in a hotel.

The number of active U.S. travelers aged 65 and older dropped from 18 percent in 2019 to 15 percent in 2020 for the months of March through August. In the UK, the elderly traveler population declined from 16 percent to 11 percent in the same timeframe.

The 35-year-old and younger demographic bounced back the strongest from the depths of the pandemic, according to the IHG report. While the return of older travelers hinges largely around confidence the virus has been contained, there are potential financial opportunities for IHG and its numerous drive-to brands like Holiday Inn Express.

Ninety-five percent of UK bookings during the pandemic have been for domestic hotels, and more than 85 percent of guests opted to travel by their own car. More than half of U.S. travelers opted stay in a hotel within 186 miles of their own home, according to the IHG study.

“While confidence in international travel will take some time to recuperate, we expect that the strong interest in domestic leisure trips will remain moving forward,” Hicks said. “Travelers are making new memories exploring cities and towns closer to them, familiar places are being established, and I do think people will gravitate back to where they had enjoyable experiences.”

Rural locations in the UK like Kent and the Isle of Wight were among the ten most popular destinations in Britain this summer while major cities like London dropped in popularity. In the U.S., the Florida Panhandle, West Texas, and the Carolina Coast were in the top 10.

IHG leaders have previously noted the company’s focus on domestic, drive-to travel with some of its more affordable brands put it at a competitive advantage relative to other global hotel companies focusing more on convention and long-haul business travel.

“Given that we are a largely domestic, mainstream business, there is a fair way that we can grow back before we run up against the hurdles of the international traveler that I don’t think any of us feel will be coming back in the very near-term,” said IHG Chief Financial Officer Paul Edgecliffe-Johnson during an August investor call. 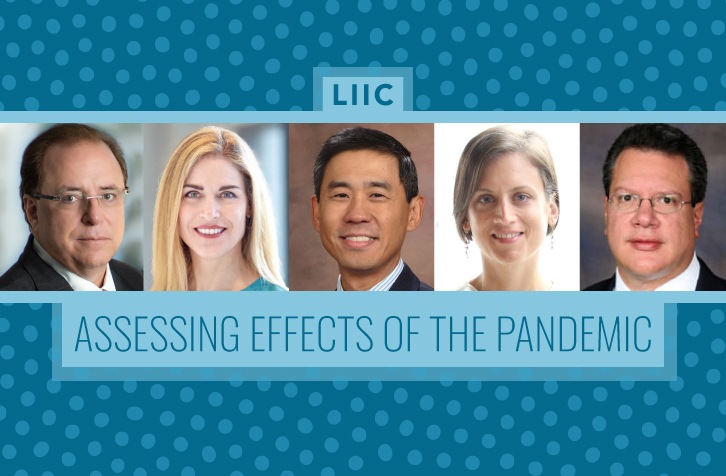 Members of the Lodging Industry Investment Council look back at the months the U.S. hotel industry has grappled with the coronavirus pandemic and what they believe that means for hoteliers going forward.