A bomb explosion at a luxury hotel in the Pakistani city of Quetta has killed at least four people and wounded 12.

The Chinese ambassador to Pakistan is suspected to have been the target of the attack in the car park of the Serena Hotel, correspondents say.

He is understood to be in Quetta, the capital of Balochistan province near the Afghan border, but was not present.

Balochistan is home to several armed groups, including Islamist extremists and separatists.

The separatists want independence from the rest of Pakistan and oppose major Chinese infrastructure projects in the area.

However, the Pakistani Taliban said it was behind Wednesday's attack at the hotel in Quetta, without detailing why.

A Taliban spokesman told Reuters news agency that "it was a suicide attack in which our suicide bomber used his explosives-filled car in the hotel".

In recent months the group, and other militant organisations, have stepped up attacks in tribal areas near the border with Afghanistan. 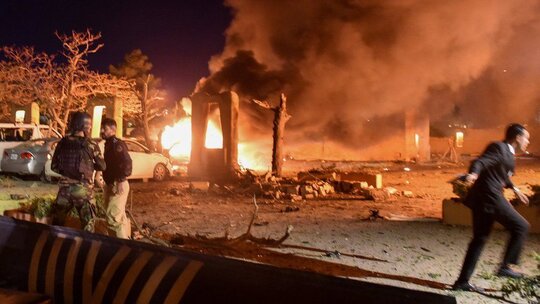 What do we know about the blast?

A vehicle exploded in the car park of the luxury Serena hotel in Quetta on Wednesday, with fire spreading to several other vehicles nearby.

Footage of the blast was shared on social media in the aftermath, showing the fire raging at the site.

The Serena Hotel is the best known in Quetta, and provides accommodation for government officials and visiting dignitaries.

Interior Minister Sheikh Rashid Ahmad told Pakistani broadcaster ARY News TV that "a car that was full of explosives exploded in the hotel" while news agency AFP cited him as saying it was "an act of terrorism".

He added that the Chinese ambassador, Nong Rong, was at a function at the time and so was not at the hotel.

Local media are citing officials as saying that all other guests from the hotel were also safe.

Balochistan's provincial Home Minister Ziaullah Lango told reporters that Mr Nong was "in high spirits" and that his visit to Quetta would conclude on Thursday.

The separatists in the region accuse the government and China of exploiting Balochistan, one of Pakistan's poorest provinces, for its gas and mineral wealth - with, they say, little benefit to local people.

The separatists were blamed for an attack two years ago on a hotel at Gwadar, a port project funded by China. 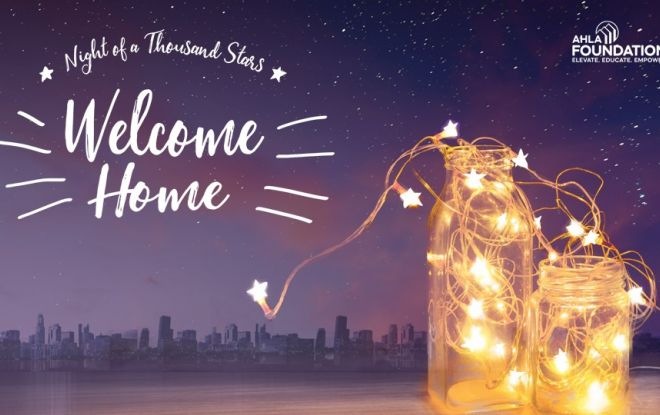 The American Hotel & Lodging Association (AHLA) and the American Hotel & Lodging Foundation (AHLA Foundation) today honored the women and men across the country who selflessly led their teams and supported their communities during a year unlike any other with the 2021 Stars of the Industry Awards Ceremony. Despite this monumentally challenging year for the industry, nearly 300 deserving hotel employees representing every job from front desk agents to housekeepers to general managers and servers were nominated for the industry’s highest honors. The event raised funds to support the AHLA Foundation’s mission. 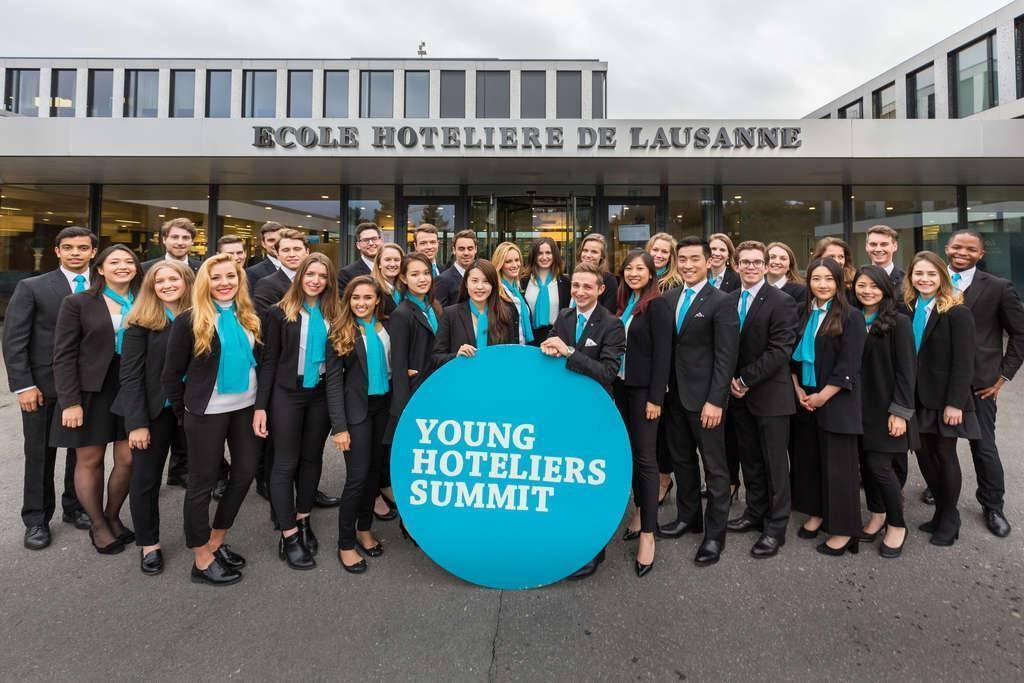 Young Hoteliers Summit is the largest student-run hospitality summit in the world, taking place every year at Ecole hôtelière de Lausanne (EHL), Switzerland. The summit invites more than 30 leading hospitality institutions from around the world every year and receives continuous support from prominent companies and industry professionals.