In 1904, Colonel John Jacob Astor broke ground for the building of the St. Regis Hotel at the corner of Fifth Avenue and 55th Street, in the most exclusive residential section of New York at the time.

The architects were Trowbridge and Livingston who were based in New York. The firm’s partners were Samuel Beck Parkman Trowbridge (1862-1925) and Goodhue Livingston (1867-1951).

Trowbridge studied at Trinity College in Hartford, Connecticut. On his graduation in 1883, he attended Columbia University and later studied abroad in the American School of Classical Studies in Athens and at the Ecole des Beaux-Arts in Paris. On his return to New York, he worked for the architect George B. Post. Goodhue Livingston, from a distinguished family in colonial New York, received his undergraduate and graduate degrees from Columbia University. In 1894, Trowbridge, Livingston and Stockton B. Colt formed a partnership that lasted until 1897 when Colt left. The firm designed several notable public and commercial buildings in New York City. Besides the St. Regis Hotel, the most famous were the former B. Altman department store (1905) at 34th Street and Fifth Avenue, the Bankers Trust Company Building (1912) at 14 Wall Street and the J.P. Morgan Building (1913) across the street.

In 1905, the St. Regis was the tallest hotel in New York, standing at 19 stories high. The price of a room was $5.00 per day. When the hotel opened, the press described the St. Regis as “the most richly furnished and opulent hotel in the world.”

The construction cost over $5.5 million dollars, an unheard-of sum at the time. Astor spared no expense in the furnishings: marble floors and hallways from the quarries of Caen, Louis XV furniture from France, Waterford crystal chandeliers, antique tapestries and oriental rugs, a library full of 3,000 leather-bound, gold-tooled books. He had installed two beautiful burnished bronze entrance doors, rare wood paneling, great marble fireplaces, ornamental ceilings and a telephone in every room, which was unusual at the time.

The St. Regis Hotel
“In writing of the St. Regis Hotel it is necessary to remember that we are dealing not with a type of ordinary hotel, but with the solution of a social problem forced on us by the conditions of the present day. Time was when the hotel implied a mere shelter for the traveler; in these days, however, it must also reckon with the people with good homes, who frequently find it convenient to close their houses for a week or a few months; people to whom the thought of dispensing with home comforts, good service and cuisine, and the atmosphere of taste and refinement has ever been a hardship. To cater specifically to this class of Americans at reasonable terms, without neglecting the guest of the single night or week, nor even the most casual diner-out, was the idea of Mr. Haan, the president and the guiding spirit of the company. Of its endorsement by Col. John Jacob Astor and the professional cooperation of the architects, Messers. Trowbridge & Livingston, the St. Regis at Fifty-fifth Street and Fifth Avenue stands as the monument…

The St. Regis covers a plot of 20,000 square feet, and at present is the tallest hotel in New York. Its location is well chosen, for, while situated in the heart of the best residential section of New York, on the city’s fashionable driveway and within four blocks of Central Park, it is easily accessible from all directions, and most of the city’s best stores, as well as the amusement resorts, are within easy walking distance. For those who prefer to drive, an efficient carriage service is ready night and day…

To the department of cleanliness and safety belong also two features, which in the St. Regis are exploited for the first time to their full extent,- the arrangement for pure air and the disposition of dust and refuse. There is installed a system of forced ventilation combined with indirect radiation which give throughout the building a supply of pure, fresh air, warmed or cooled as the weather may require…..

On every four or five stories chambers have been provided wherein the outer air enters, is filtered through cheese-cloth filters, warmed by passing over steam coils, and then circulated by electric motor through ducts to the various rooms. The outlets in the rooms are concealed in unobtrusive gratings in the walls or in the ornamental bronze work that plays a large part in the decorations. The guest may regulate the temperature in his room by means of an automatic thermostat. A continual circulation of air is maintained throughout the building, night and day: there are no drafts, no atmospheric chills to fear; in point of fact the guest need never open his window to be supplied with an abundant quantity of pure air. This system is a great advance over the old-time coils that are noisy and ugly and somewhat uncertain in the amount of heat supplied. The impure air is effectively discharged by exhaust fans.”

The all-important back-of-the-house was recognized and described in the St. Regis Hotel book:

“All these arrangements for heat, light, filters, etc., necessarily require a most elaborate organization, an insight into which will give the fact that the chief engineer of the St. Regis has a staff of thirty-six men under him. Their presence, like that of the stoker on the steamship, is noticeable only in their absence. Below the earth’s surface are two stories devoted to the maze of engines, boilers, dynamos, ice machines, etc., that are necessary to the operation of a hotel, and to the storage of the great stocks of food and wine. The machinery room is equipped with the latest machinery, and is considered in the scientific world far superior to anything yet constructed.

Decidedly to the utilitarian features of a hotel belong the kitchen and wine cellar, for, without proper facilities, the best of chefs is helpless, particularly at serving hour, where the demands of hundreds of people must be attended to simultaneously and with particular attention to each guest. Appreciating the importance, for the St. Regis’ motto is “The kitchen is the soul of the hotel; if the kitchen is wrong all is wrong,” – a well arranged spacious apartment is provided, the floor being of marble, the walls and ceilings tiled, the counters of glass, and there is nothing perishable or anything that is hard to keep clean. There is a special place for every phase of the work; the fish cook, the soup cook, the roast cook, the pastry cook, each has his headquarters, and, generally speaking, workmen,” says Mr. Haan, “must have fine tools.” Each floor of the hotel contains a service pantry, equipped with dumb-waiters, and everything necessary to keep the food hot while serving dinner in a guest’s room, if so be his pleasure, the order having been shot to the kitchen by a pneumatic tube with which every pantry is provided. Since the St. Regis makes a feature of catering also to permanent guests who will wish to entertain their friends at dinner; this is a great advantage.”

After divorcing his wife, Ava Astor, with whom he had two children, Colonel Astor shocked New York society by marrying a 19-year old woman, Madeline. He left New York for Europe. Unfortunately, his return trip was on the doomed Titanic in which he gave up his seat on a lifeboat for his young wife. He was last seen alive trying to free his dog from the ship’s kennels. At age 48, Colonel John Jacob Astor met his tragic death. His son Vincent later sold the hotel to Benjamin N. Duke, who built a two-floor addition and created the famous St. Regis roof and the Salle Cathay with its Chine décor. Both spaces hosted some of the most celebrated and prestigious parties.

The “Old King Cole” mural for which Maxfield Parrish was paid $50,000 was commissioned originally in 1902 for the Knickerbocker Hotel on 42nd Street and Broadway. It was brought to the Racquet and Tennis club during Prohibition. After repeal, it went to the St. Regis where, in 1934, it looked down upon the birth of Bloody Mary, originally called the “red snapper cocktail”.

After World War II, the St. Regis underwent a series of other owners until the ITT Sheraton Corporation of America acquired it in 1966. At this time, there were four restaurants in the hotel: The King Cole Grille, The Oak Room, La Boite Russa, and the St. Regis Room. For a late dinner and dancing, there was the exciting supper-nightclub, the Maisonette, which had a great menu and featured entertainers like Count Basie, Woody Herman and Kay Ballard. It was a favorite for celebrities, statesmen and world figures. Some of the well-known guests were Alfred Hitchcock, Bing Crosby, Darryl Zanuck, Judy Garland, Liza Minelli, Ethel Merman, Dustin Hoffman, Tony Curtis, Vidal Sassoon, Tony Bennett and the Apollo 14 astronauts.

The hotel was declared a designated landmark by the New York City Landmarks Preservation Commission on November 1, 1988 with the following “Findings and Designations”:

On the basis of the careful consideration of the history, the architect and other features of this building, the Landmarks Preservation Commission finds that the St. Regis Hotel has a special character, special historical and aesthetic interest and value as part of the development, heritage and cultural characteristics of New York City.

The Commission further finds that, among its important qualities, the St. Regis Hotel, when built, was one of the most luxurious hotels in the city; that, it was commissioned by John Jacob Astor whose family built New York’s first luxury hotel; that, its elegant Beaux-Arts façade was designed by the notable architectural firm of Trowbridge & Livingston; that, the St. Regis Hotel, along with others, heralded the transformation of Fifth Avenue from an exclusive, low rise, residential street to fashionable commercial thoroughfare of tall buildings; that, the later addition to the St. Regis by the firm of Sloan & Robertson skillfully compliments the original Beaux-Arts design and is still one of the most important elements in the architectural fabric of this section of Fifth Avenue and contributes greatly to its sophisticated character.

Perhaps there is no better description of the St. Regis Hotel than the one that appeared in the original 1905 hardcover promotional book:

“In truth, however, taste consists in the faculty to seize the fitting relation of things, and it is in this respect that the St. Regis stands preeminent. In the language addressed to the eye, the surroundings spell an invitation to the guest to make himself at home and be comfortable. The effect might be called eye music.” 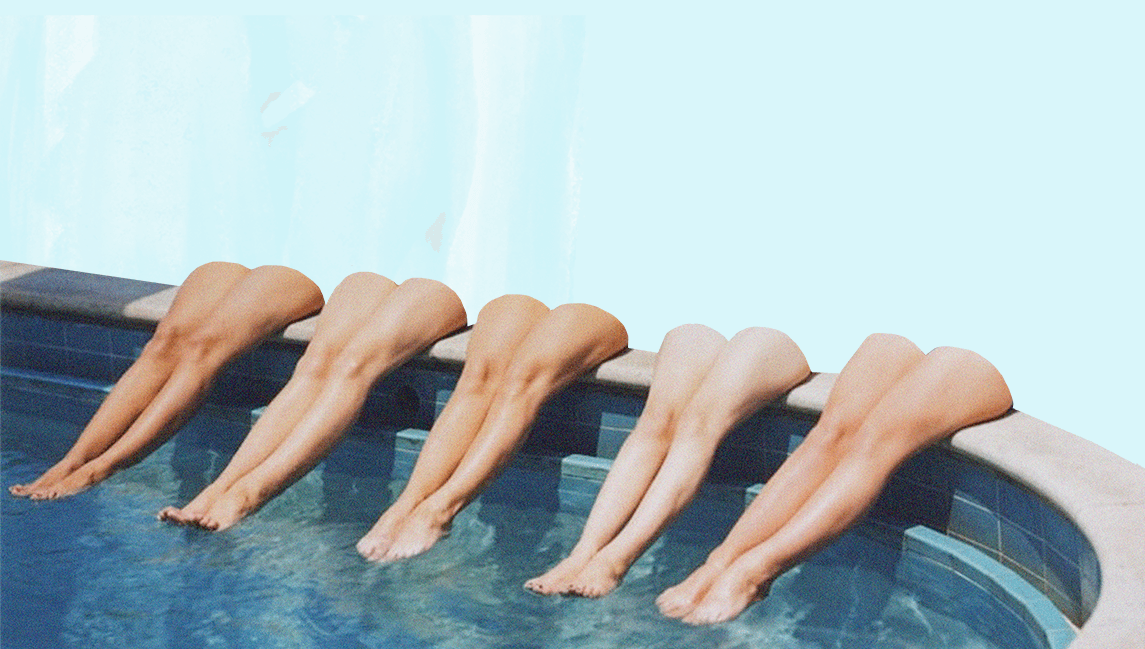 Hotel Bookings - What is the Guest's Decision-Making Process?

In today’s highly competitive online travel marketplace, it is vital that hotels understand who their consumers are and what their decision-making process entails when making hotel bookings. 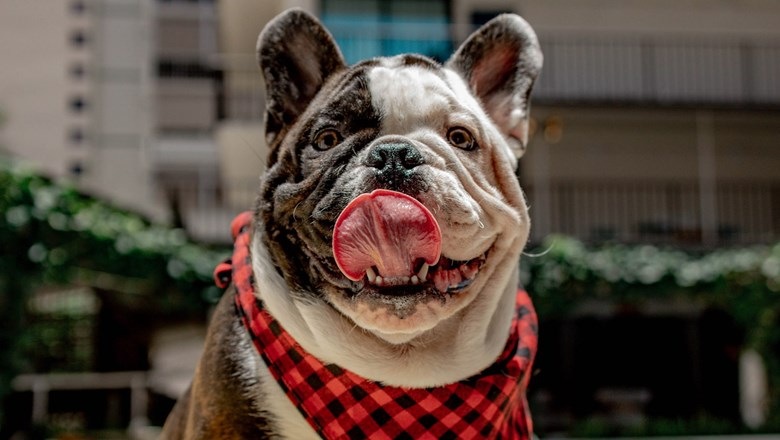 The Covid-19 pandemic boosted an already growing trend of dog owners traveling with their pooches, and hotels are stepping up with lenient policies and extra amenities to entice guests who don't want to part with their canines.