Although online privacy has long been a hot topic, concern over the protection of personal data has come to a head in more recent years, driven in part by regulation.

Laws like the EU's General Data Protection Regulation (GDPR) and the California Consumer Privacy Act (CCPA), for example, have set strict boundaries around how businesses can gather and process personal data.

"All these privacy initiatives, like GDPR and the CCPA in California, along with others in Brazil, South Africa and Australia, they're all basically saying, 'Whoa, hang on one second, what are you doing with all this data?" said Robert Cole, senior research analyst for lodging and leisure travel at Phocuswright. "Before, it was the Wild West when it came to collecting data and sharing it with other people."

Also pushing the privacy needle has been a general sea change in consumer sentiment.

"There's definitely been a trend toward users just being unhappy with how their data is being obtained and utilized," said Brian Swift, director of media and analytics at California-based marketing firm Hooray Agency. "And so we're seeing a shift toward holding the big players in the industry accountable for what they're doing online."

Internet giants like Apple and Google have already started making moves to bolster digital privacy. Apple's latest iOS operating system, for example, has made it easier for users to keep their web activity private and block ad trackers.

Likewise, Google, under its Privacy Sandbox initiative, has similarly outlined plans to curb tracking, among other pro-privacy measures. Though the privacy initiative's launch has been delayed, Google is targeting a stage one rollout by late 2022.

According to Swift, these changes essentially herald the end of third-party cookies, or tracking codes that log a person's online browsing activity and are generally used to help third parties better target ads toward a particular user. (Conversely, first-party cookies are generated by the website a user is directly visiting, instead of a third-party site.)

The full impact of the disappearance of third-party cookies remains to be seen, but by any measure, it marks a major shake-up in digital advertising.

"This is such a monumental change to the way things work," said Swift. "I think being complacent and believing those that say everything's going to be fine would be a huge mistake."

Most notably, added Swift, the disappearance of third-party cookies will make it more difficult for many players, including Facebook, to accurately measure ad performance. In a blog posted by Facebook on Sept. 22, the company estimated that it had underreported its third-quarter web conversions by around 15% due to Apple's recent iOS updates alone.

Such reports suggest that similar challenges could be ahead for travel companies.

"This latest move by Apple, plus the upcoming elimination of the third-party cookies by Google, will have an immediate material effect on travel marketers," said Max Starkov, a hospitality and online travel technology consultant and adjunct professor of hospitality technology at New York University. "These privacy moves will disallow travel marketers from measuring the success and ROIs of their digital marketing campaigns."

Starkov predicts that travel companies with vast troves of first-party data to fall back on, like Marriott International with its 150 million Marriott Bonvoy members or Expedia Group with its more than 145 million rewards program members, will be relatively sheltered from any significant fallout.

"So, who will be the biggest losers from the elimination of the third-party cookies?" Starkov said. "Midsize and smaller travel companies with scarce or nonexistent first-party data and no technology to take advantage of it: travel agencies, TMCs, tour operators, hotels, etc."

In response, Starkov suggested that midsize and smaller travel players who rely on third-party cookies may need to take a more aggressive approach in content marketing moving forward, doubling down on crafting enticing website content and social media posts, enhancing SEO, investing in public relations or influencer marketing, or hosting webinars, among other efforts.

According to Swift, smaller travel companies could also benefit from tapping some professional support, be it a marketing agency or consultant, or an advertising representative with Facebook or Google.

"I would encourage [a small player] to find a technology or strategic partner that can kind of help guide them, because ultimately, I think the landscape is now changing so much, and so quickly, that it's very hard to navigate on your own," said Swift. 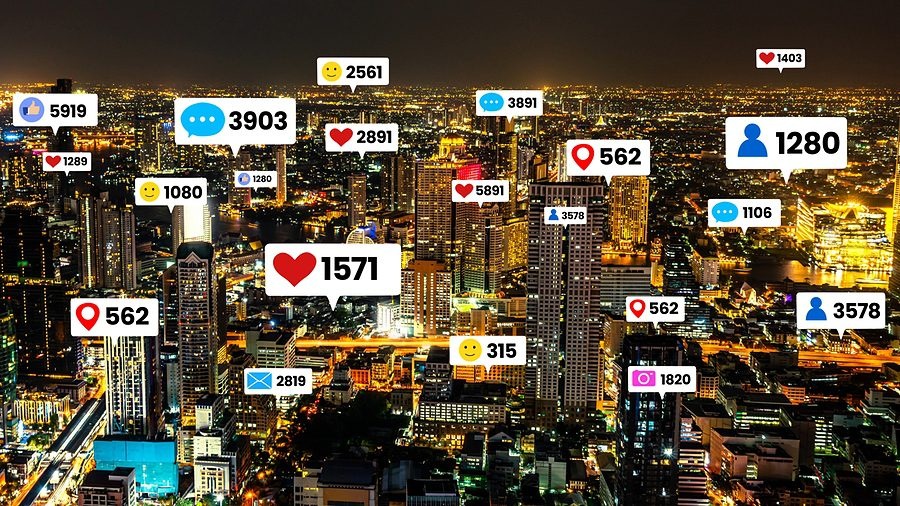 In today’s modern, internationally-connected world, it’s no longer enough to simply offer your guests an exclusive, multi-star resort experience at your hotel. Instead, it’s vital to connect with them on a more personal level through a variety of channels, particularly through social media.

Inside the Waldorf Astoria's $1 billion makeover

This month marks 90 years since the Waldorf Astoria first opened its doors on New York's Park Avenue in 1931, becoming the tallest and largest luxury hotel in the world during an inauspicious time, as the Great Depression cast its long shadow.