More inclusive beverage menus, nanotechnology-powered ingredients and back-to-basics cooking, these are some of the developments we will see in the coming year, say Asia’s leading restaurant chefs.

As we embark on a new year, we ask chefs and owners of MICHELIN-starred restaurants across Asia to gaze into the crystal ball and forecast what lies ahead for the restaurant industry in 2023.

The restaurant industry is a global, highly sociable community and a three-year hiatus on face-to-face gatherings has created an even greater appetite for human connection.

Now that travel restrictions are being relaxed for across Asia, international guest chef events, 4-hands collaboration dinners, overseas restaurant pop-ups, menu swaps and all manner of cross-border collaborations are expected to come roaring back in 2023, say chefs across the region.

In Korea and Hong Kong, where collaboration dinners between domestic chefs have dominated in the past year, chefs such as MICHELIN-starred Mitou's Kim Bomi and Kwon Youngwoon in Korea and Écriture's Maxime Gilbert in Hong Kong, are looking forward to visits from foreign chefs, along with more opportunities to go abroad to showcase their cuisine.

In China, authorities recently announced that it would reopen borders and abandon quarantine after it downgrades its treatment of Covid-19 on January 8 2023 — something chef Xu Jingye of 102 House in Shanghai is particularly looking forward to: “As China gradually opens up, chefs will travel to other countries in search of inspiration and will have more opportunities to interact with the local chefs, generating new sparks in cooking.”

For Amerigo Sesti, head chef at one-MICHELIN-starred J'AIME by Jean-Michel Lorain in Bangkok, these exchanges will pave the way for the emergence of more cross-cultural cuisine in 2023. “You will start seeing Thai-Spanish tapas, Japanese-Italian cuisine, and even many more to come. I truly believe food brings people together and it’s going to be fun and tasty!”

2. More restaurants will turn to tech to tackle the global restaurant staff shortage

The labour shortage that has plagued restaurant operators around the world will continue to take its toll in 2023 and even become more exacerbated as diners return in full force following the relaxation of COVID-19 regulations, many chefs predict.

“The nature of the F&B industry — it is labour-intensive and calls for long working hours at the expense of employees’ personal time — are all handicaps when it comes to recruiting talent,” says one-MICHELIN-starred Shin Yeh Taiwanese Signature’s chef Wu Zhi-Wei. Many classic Chinese dishes that are laboriously hand-made and time-consuming to master and may face extinction if this manpower shortage persists, he adds.

Already, young chefs are eschewing dreams of working in restaurants or leaving roles in full-service restaurants to start their own private dining kitchens, a trend that will not abate in 2023, according to Su Kim Hock, chef-patron of newly starred restaurant Au Jardin in Penang. “The high overheads of running a big restaurant and the complications of getting the right staff to do service is the driving factor of this phenomenon.”

“In order to protect the future of this industry, we need to think and act now,” Seji Yamamoto of three-starred RyuGin in Tokyo agrees. "Unless the restaurant industry can work together to promote the draws of our profession, it will not be possible to solve the chronic labour shortage.”

To work around the staffing issues, more operators and chefs of full-service restaurants will adopt digital tools or less labour-reliant concepts, such as smaller restaurants and open kitchens where chefs can double up as service staff.

“More casual joints will also open up where things are more automated because of the severe lack of manpower,” says chef-owner LG Han of Singapore's one-MICHELIN-starred Labyrinth.

The turn to technology such as QR menus, cloud kitchens and delivery apps is, afterall, in line with shifting consumer preferences, chef Pichaya “Pam” Soontornyanakij of one-starred Potong in Bangkok observes. As digitally savvy Gen Zs and millennials crave for fresh food, mobile ordering and automated kiosks, which have already become commonplace in their everyday dining experiences, the fine-dining scene will need to start to use more digital tools to enhance their diners’ experiences.

3. Back-to-basics cooking and classics will make a comeback

The world has evolved rapidly in the past year, and various issues such as environmental problems, conflicts, and economic crises are accelerating disparities and divisions.

Faced with increasing uncertainty, more diners will go back to basics and value local experiences, and in doing so, may rediscover and reinterpret the value of the classics, believes Hajime Yoneda of three-star Hajime in Osaka.

With borders closed for the last three years, many chefs have turned inwards to look for new ideas in their own country and have gained a deeper understanding of cooking techniques and ingredients - and this movement will continue to strengthen in 2023, according to 102 House’s chef Xu.

Zhou Ziling, owner of one-starred Silver Pot in Chengdu agrees, adding that diners are seeking restaurants where ingredients must be locally sourced, cooked using traditional preparation methods, flavoured with local seasonings and even served in local "earthen" vessels. “Local ingredients, cooking techniques and cultural expressions are things distinctly unique and irreplaceable. When we commit to presenting authentic flavours in a way that more diners can appreciate and connect with the local culture and nature, that is a meaningful globalisation,” she says.

In Hong Kong, Vicky Lau of two-MICHELIN-starred Tate, who launched soy-focussed restaurant Mora during the pandemic, has likewise observed a renewed interest in authentic regional Chinese cuisines. “I believe there will be an uptick in refined Chinese cuisines defined by various regions like Zhejiang, Szechuan, Hunan and Cantonese, with more heat and spice on menus,” she says.

Au Jardin’s Su Kim Hock echoes the sentiment. “People are now appreciating their heritage even more. In Malaysia, restaurants such as Gen, Akar and Jawi house are doing justice in celebrating our Malaysian roots by showcasing what Malaysian identity, flavours and culture is about.”

For Labyrinth’s chef Han, meanwhile, the appeal of rustic forms of cooking will strengthen. “Wood-fired cooking will continue to be trendy. This cooking style dominated the industry for the last two years, and we now see this across different cuisines, from Italian to Spanish, Indian and Filipino. In 2023, we will get grill concepts and woodfire grill concepts becoming more accessible to the mass market,” he predicts.

Daniel Calvert of two-stared Sézanne in Tokyo expects guests to return to smaller restaurants where the emphasis is on fresh and ingredient-centric cooking, often with simple produce, while Tristin Farmer of three-MICHELIN-starred Zén in Singapore predicts the return of the à la carte menu. “There has been a tasting menu trend for many years, and the dining scene is coming full circle to become more casual and relaxed. À la carte will become cool again.”

A silver lining of the COVID-19 pandemic is that it made many prioritise their health and reevaluate their dining choices in a bid to adopt a healthier lifestyle, a shift that is likely to persist for the next few years.

Chefs themselves are part of this movement. Due to frequent restaurant closures and reduced operating hours mandated by governments across Asia to slow the epidemic’s spread, many chefs and industry staff found themselves with rare downtime to take up new exercise regimes.

One such chef is Écriture’s Maxime Gilbert, who quit drinking, hired a personal trainer and now trains regularly, swims twice a week and does yoga weekly, losing 26 kg over the last two years. “Since I take care of myself and eat better and do sports regularly now, I’ve also noticed how many people are like me recently. People are more careful of what they eat and what they drink, and step by step we need also to include a bit of this in our restaurant. It is good to cook a bit more lightly.”

“In 2023, we will pay attention to the healing effect brought by food. In addition to the nutrition and energy channeled to our body, food is also increasingly valued for the mental pleasure it creates,” adds Silver Pot’s Ms Zhou.

Plant-based options that have taken root among fast-food chains and many other sectors of the food industry is finally gaining traction among fine-dining restaurant chefs who need to adapt to diner demands for a healthier option and a more ethical choice, say chefs such as Su of Au Jardin, where vegetarian and vegan diners now make up 10 to 20 per cent of the daily clientele.

“I have noticed more guests choosing to opt out of drinking alcoholic beverages, perhaps due to the shifting public mindset on health after the pandemic, and restaurants will have more beverage lists that provide a larger selection of non-alcoholic options for those who don’t drink,” she says.

Last but definitely not least, sustainability will become a more pressing topic that cannot be ignored in 2023, agree chefs across Asia. “It will be a necessity more than a trend,” says J'AIME by Jean-Michel Lorain's chef Sesti.

Supply chain disruptions and inflationary pressure on food costs will put product provenance and responsible sourcing of ingredients from sustainable sources in the spotlight more than ever before, and the connection between chefs and farmers, fishermen and food producers will become key. The tendency of sourcing as near as possible to a restaurant and rebuilding the micro-systems of farmers and artisans had been slowly growing in momentum in the last decade, and will become a prevalent trend for the future, Sesti elaborates.

“Compared to 15 years ago when I started working in the kitchen, the quality, price and quantity of ingredients have already changed considerably. Some are no longer available, and some will no longer be available. As chefs, we will be asked more than ever to know exactly what the ingredients we are getting are and where they come from,” says Yohei Matsuo, chef de cuisine of two-starred L'Atelier de Joël Robuchon in Taipei.

Once these consciously procured produce are in their kitchens, more chefs should also find creative ways to minimise food waste by using all parts of the ingredient, says Labyrinth’s chef Han, who turns meat off-cuts and vegetable trimmings into ketchup, soup stock and natural food dyes for his dishes.

“More chefs are becoming more conscious about wastage when they understand that they have a responsibility and a part to play in the food eco-system as well, and in raising awareness and empathy among diners for these issues, instead of always asking for the prime cuts and perfect vegetables, which generate a lot of wastage,” says Han.

Potong’s chef Pam hopes that innovations such as the use of nanotechnology can give chefs and consumers more options to manage global wastage. For instance, by using nanometre-sized salt grains (which are about 1,000 times smaller than regular table salt), chefs will need to cook with significantly less salt to provide the same kick to the taste buds. This in turn has additional health benefits, such as reducing the total salt consumption, resulting in lower blood pressure for consumers, she explains.

“Sustainability should be standard practice, not a concept — it includes everything from reducing energy consumption, reusing, recycling, also being sustainable in regards to the management of staff and teams,” says Zén’s Tristin Farmer.

“A large number of restaurant practices should be reconsidered, and our work ethic reformed,” chef Sesti summarises. “How can we, as chefs, pretend to be passionate if we don’t care about the environment and, by very direct consequence, about the produce we need to cook nor the people we cook for?” 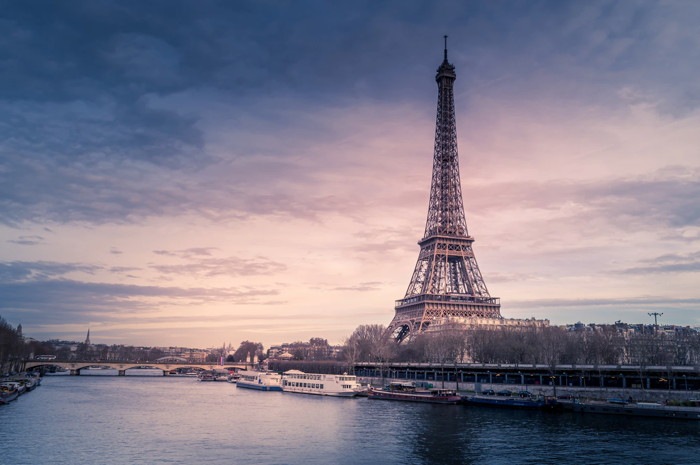 Paris retained the title of the world’s top city destination, with Dubai and Amsterdam making up the top three. Annual index by global market research company reported on the top global cities for tourism, sustainability, and economic performance. 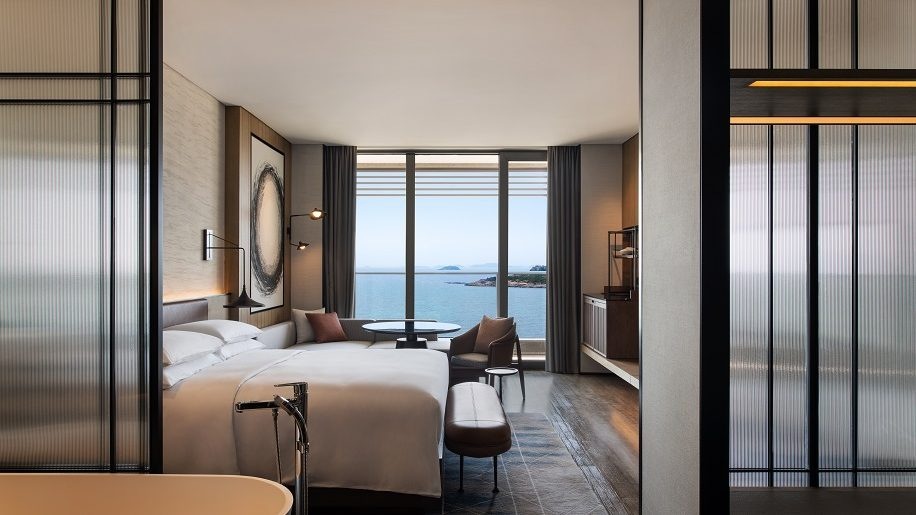 Marriott is continuing the rollout of its “new vision” for the Sheraton brand, with the addition of four Chinese properties featuring the modernized design concept.