The Most Important Story in Hotels in 2022

Hoteliers managed to maintain pricing discipline in 2022, a practice that has long eluded the industry.

A pent-up surge in consumer demand for travel gave many hotel companies pricing power in 2022. But hoteliers charged the highest rates the market could support for more than just one-off circumstantial reasons. A critical ingredient in the formula was that hoteliers developed a newfound pricing discipline during the pandemic recovery — even when business travel was historically weak and international tourism was slow to recover in many markets.

Hoteliers’ pricing discipline was the sector’s most important story in 2022 because it suggested that hotels will be more resilient in future downturns than in the past.

Yet all of these and other financial records might not have been broken had hoteliers not stuck with charging top rates even when occupancy hadn’t yet recovered to pre-pandemic levels. In past recessions, hoteliers found it too painful to watch rooms remain empty and were tempting them to fill them by wooing guests through discounts or by leaning more heavily on costlier third-party distribution sources.

One change has been that hoteliers have put more trust in their computer models. Revenue managers used computers for a long time, of course, but they tended to override software-based suggestions for pricing and instead rely on their own rules of thumb.

Computer modeling of supply and demand has also improved significantly. For context, it’s worth quoting at length IHG CEO Keith Barr from his on-stage appearance at Skift Global Forum 2022 in New York in September.

“I think this industry has gotten very, very smart about pricing,” Barr said. “If you remember, during the beginning of the pandemic, everyone was saying that average rates are going to fall materially, and it’s going to take five years to claw those rates back. We completely disproved that. We saw that rates have gone up. Our leisure rates in the Americas are up 16 percent, year-over-year, versus 2019. Again, really strong demand there. Our corporate rates are up about 6 percent as well too, and so those are going to be sustainable.”

When Barr was asked if, when compared with five years ago, IHG has gotten much better at pricing discipline and extracting optimal rates from the market, Barr said yes.

“We just did a new demand forecasting model, which leverages next-generation AI, and it’s looking at the historical performance of the hotel in the market, what we’re seeing from demand, but it’s also pulling in third-party data now, so what’s actually happening out with your competitors in terms of pricing,” Barr said. “Are there special events happening in the marketplace? Over time, we’ll put more and more third-party data into that, so it gets smarter and smarter and helps our hotels price more effectively.”

Hoteliers in 2022 were also less desperate in their dealings with online travel agencies. For example, Marriott said that the first quarter marked its best quarter ever for direct digital bookings, which helped drive owner and franchisee profitability. Digital bookings were up 14 percent compared to the first quarter of 2019, helping to avoid the commissions of between 10 and 30 percent that online travel agencies typically charge hotel groups.

Notably, online travel groups Booking Holdings and Expedia Group together lost 1.4 percent of their market share of online hotel reservations during the pandemic, with their share dropping from 30.8 percent in the third quarter of 2019 to 29.4 percent in the third quarter of 2022, according to data compiled by Richard Clarke and fellow analysts at Bernstein Research.

Clarke gave modest credit to hotels for getting better at driving direct bookings for explaining the halt in the rise of digital booking behemoths when he spoke on-stage in December at Skift Global Forum East 2022 in Dubai.

“You’re seeing a greater appreciation from consumers of what you get if you book direct,” Clarke said. “OTAs [online travel agencies] offer great cancellation terms, but if you need flexibility or changes to your booking, it’s hard to get a hold of someone [for customer service].”

Clarke also chalked up some of Booking.com’s and Expedia’s troubles to a need to update and streamline their brand strategies for an era with new rules for search engine marketing. He nodded to the rise of new online competitors, and he also noted that pressure from regulators and changes in how Google displays hotel information online have together also had impacts.

Yet it’s clear that hotels have gotten better at pushing direct bookings in the past several years. Accor, for example, said its marketing efforts helped keep direct bookings in the first half of 2019 at the same percentage of the mix as in 2019 — even though occupancy remained below 2019 levels and a temptation to try to put heads in bands through discounting may have been tempting.

A sharp recession could lead some hoteliers back to desperate measures, and December turned up anecdotal signs of some hoteliers cutting rates more than is wise. Yet it seems likely that most hoteliers will absorb key lessons from 2022. They trusted their computers instead of their instincts, and they profited as a result. This strategy worked even when it meant keeping rates while overall occupancy was, on average, lagging relative to historical patterns. These lessons were responsible for the most important story in 2022. They’re also likely to support a more resilient hotel market as several countries face possible recessions in 2023. 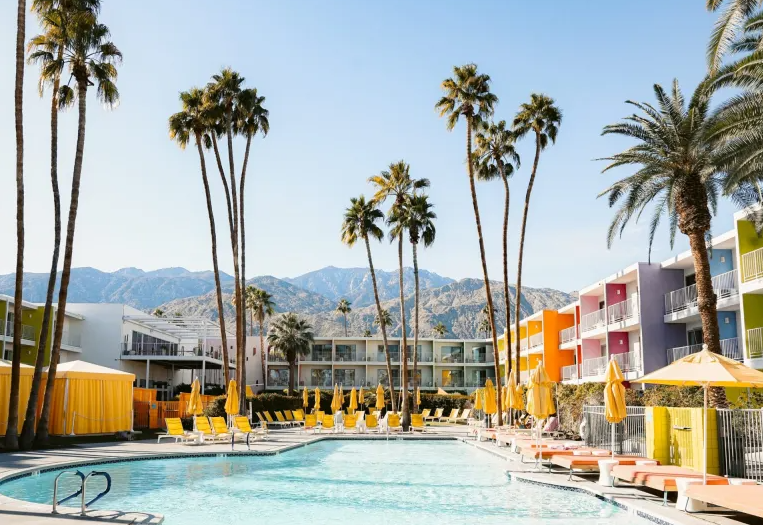 Guide To Hotel Management Companies for 2023 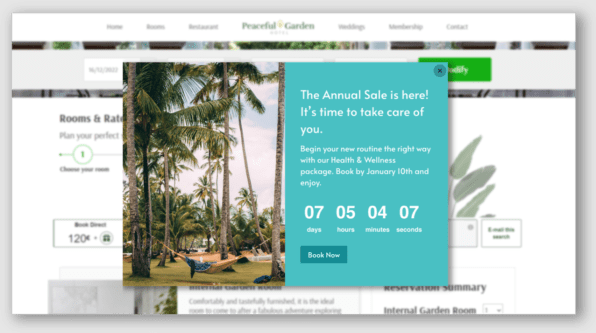 Are you going to miss the best time to sell hotel rooms in 2023?

While many believe Black Friday is the best time for a Flash Sale on hotel rooms, there is an even better time. This not-so-secret, secret, takes place during the first two weeks of January.