All (Hotel) Revenue Is Not Created Equal

A dollar is a dollar; a euro is a euro; a quid is a quid; a yuan is a yuan; and, for the crypto crowd, a bitcoin is a bitcoin - right?

Wrong. At least when it comes to how hotels bring in revenue. In that case, all revenue is not created equally.

It’s a theme that was championed at a recent IHG Owners Association summit I attended. (I even took a photo of the slide as evidence.) It’s also one of the most pressing issues that has hamstrung the collective hotel industry’s ability to own its own business.

Despite its best efforts, hotels bookings aren’t always made directly with the hotel. In fact, online travel agencies—third-party booking sites, such as Expedia or Priceline—account for approximately half of all U.S. hotel bookings and they don’t come cheap. OTAs charge hotels per booking and that charge can be between 15% and 30%. Sell a room for $100, receive $85—and that’s before factoring in the costs associated for that booking, such as housekeeping and room supplies. That $85 of revenue may not be flowing all the way down to the bottom line after associated costs.

Doesn’t seem fair, right? Why would anyone want to give up $15 to a company that doesn’t own, operate or service the guest room?

It’s likely not by choice, but by necessity, as OTA ubiquity agglutinated in the early aughts and never looked back. (You can read all about their historical ascent in this exhaustive oral history.)

The hotel industry let the proverbial barbarian at the gate inside and they never left. Before the pandemic, OTAs annual marketing spend exceeded more than $11 billion. Customers and hotels had little chance.

It is why hotels and hotel brands strive to dissociate from OTAs—but they are so ingrained into the traveler booking experience that it’s a Sisyphean task. Still, the hotel industry hasn’t stopped pushing the boulder.

In the hotel industry, there is Net RevPAR and RevPAR. The former considers how the revenue is obtained; the latter does not.

Net RevPAR is rooms revenue minus distribution costs (travel agent commissions and other transaction fees) and divided by the number of available rooms. Unlike RevPAR, it explains the cost of the revenue obtained. As such, it’s a much more transparent metric into a hotel’s performance than RevPAR, which does not account for how the revenue came in.

Conversely, if a hotel’s RevPAR is appreciably higher than its Net RevPAR, it should take closer inspection at its cost of customer acquisition.

Here’s a look at the difference by region of RevPAR versus Net RevPAR for September 2021:

Weening off OTAs, metasearch and other third-parties that charge commissions is not as easy as just a revenue manager snapping his or her fingers. In fact, according to Phocuswire, in 2019 online sales represented 42% of total revenue and OTAs captured two-thirds it.

We know what happened in 2020. And though last year was disastrous for the hotel industry, in one way, it wasn’t: hotels—though for the wrong reasons—regained some of the one-on-one customer relationship. This occurred because of the deluge of travelers seeking refunds for booked travel that now had to be cancelled. The process of obtaining refunds via an intermediary is far more complicated than when dealing directly with the hotel. This allowed hotels to interact directly with customers, which is essential toward increasing direct bookings.

Though there are many steps hotels can take to increase direct bookings (the most desirous type of revenue), from improving SEO to website optimization, cultivating a relationship between the hotel and the customer, minus the intermediary, is the best approach to growing direct business. Once you have a direct line into the guest, it allows you to market straight to them the benefits of booking direct—loyalty point accrual, better customer service, easier to amend or cancel booking, room preferences.

The pandemic may have driven a wedge into person-to-person interaction, but it’s also exposed the value customers put on communication, veracity and authenticity. Direct business continues to rise and eat into the OTAs.

All revenue is not created equal, yes. Driving direct business is the best shot at making it more proportionate.

HotStats provides a unique profit - and - loss benchmarking service to hoteliers from across the globe that enables monthly comparison of hotels’ performance against competitors. It is distinguished by the fact that it maintains in excess of 500 key performance metrics covering 70 areas of hotel revenue, cost, profit and statistics, providing far deeper insight into the hotel operation than any other tool. The HotStats database totals millions of hotel rooms worldwide. For more information, visit www.hotstats.com.

Global travel pricing across hotels, air and ground is expected to increase in the next two years, primarily driven by increasing demand, capacity constraints and travelers’ sustainability demands, plus increased labor and fuel costs, according to the seventh annual Global Business Travel Forecast from CWT and the Global Business Travel Association (GBTA). 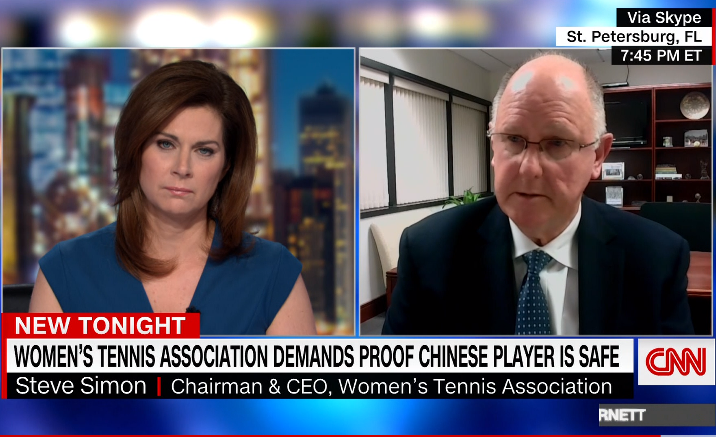 The Marriott hotel in Prague refused to host a conference this month aimed at drawing attention to alleged human rights abuses in China, the hotel chain confirmed to CNN on Friday.