Xu reckons the coronavirus pandemic will have such a fundamental impact on the way people work that he is converting 20 newly constructed office buildings in east London into 2,000 of the individual cube offices.

If the cubes, which feature a kettle, fridge, microwave, videoscreen and fold-down bed as well as a chair and desk, prove popular Xu plans to convert all of his £1.7bn 35-acre regeneration project in east London into more than 10,000 of the individual cubes.

Xu’s Advanced Business Parks (ABP) company had spent years negotiating a deal to redevelop the Royal Albert Docks, which overlooks London City airport in Docklands. The development was finally approved in 2015 by the then prime minister, David Cameron, and the Chinese president, Xi Jinping, who toasted the deal at a lavish ceremony at Mansion House.

The project was, Xu said, very popular, with potential tenants agreeing to rent more than half the 21 buildings constructed in the first phase of the development.

But then the coronavirus struck, and just one tenant – automation technology firm Advantech UK – has moved in. 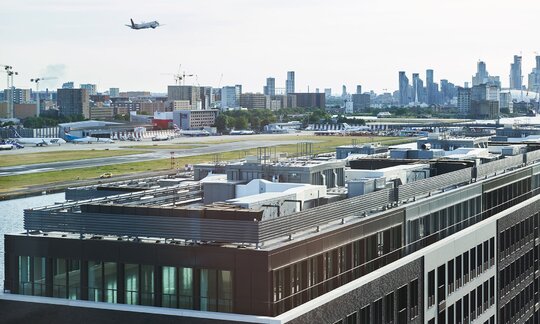 The pandemic is the latest in a long list of setbacks for the Royal Albert Docks project, which has also been hit by Brexit, delays to the Crossrail transport project (which will have a station at the nearby ExCel Centre) and worsening Sino-British relations.

Xu, who owns 90% of ABP’s parent company, said he was a billionaire until he sunk his money into the Royal Albert Docks project. “I used to be a billionaire but not any more. The virus is only one of the reasons. Brexit has caused a lot of my UK assets to depreciate,” he said.

Xu said he has spent every day since the pandemic struck thinking of ways to secure the future of the development. “I realised that we might have to be prepared for the fact that the virus might stay with us for a long time,” Xu said in translated interview over Zoom. “We will have to create an environment where we can work safely and reduce exposure to public transport and increase happiness in working.”

His answer is the individual office, where colleagues and freelancers can work close to one another but mostly safely self-contained in their own pods. “We believe this is the first of its kind in the UK or even the whole world,” Xu said. “It will completely change the office environment.”

Xu said the cubes are designed to combine the best parts of working from home with the amenities and collaboration of a traditional office. “The cube is an individual space enjoyed by just one person,” he said. “Inside this cube, the person can do their work but also have a rest and relax. The cube is equipped with a multifunctional wall, including a coffee maker, a mini fridge and a day bed, which can all be hidden away when working.” 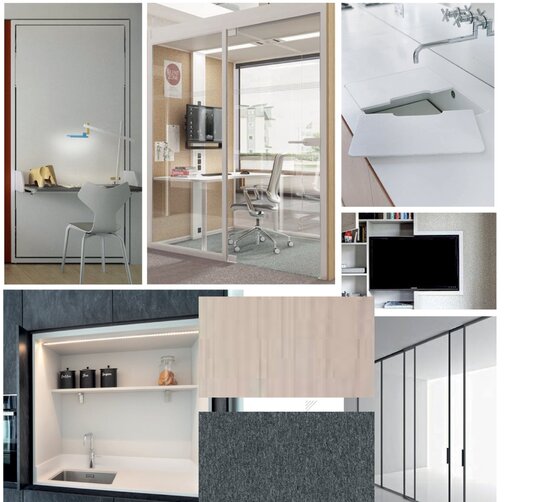 He said a prototype cube will open as a showroom within two months, and expects that the first tenants could arrive in the autumn. The cost of the cubes has yet to be set, but he said they would cost between £800 and £1,600 a month. Xu said the cost per person would work out at 20% to 50% more expensive than a desk in a traditionally laid-out office, but said his cubes “will offer more amenities and be of much higher quality”.

“We will be targeting customers who are reluctant to return to their normal office environment,” Xu said. “Even though the government is calling for workers to go back to the office, people aren’t going. We all want an individual space. This will be an individual space that incorporates the benefits of home working.”

Anna Codrea-Rado, co-presenter of popular careers podcast Is This Working?, said individual office pods like those proposed by Xu could be key to helping large numbers of people be more productive after months of struggling to work from chaotic households.

“It might actually be what happens in the future,” Codrea-Rado said. “People are worried about busy offices and aren’t interested in co-working spaces because of virus safety.

“At the same time it is really challenging when people are living with housemates and everyone is trying to work from home, so there really might be scope for this. But I don’t know how realistic it is that people would be able to pay that much for it.”

Xu reckons it will be years before office working returns to the way it was before the pandemic.

A danger Xu reckons many people are overlooking is lifts. “Office buildings are generally many levels high and we use lifts to get up them,” he said. “Lifts are very confined spaces that a lot of people share and are often more densely packed than the tube.” His offices, which are six or seven storeys, will have wide staircases. 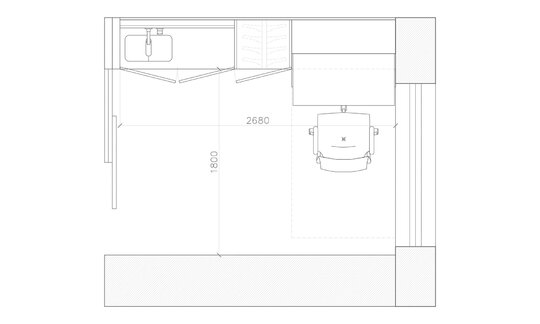 Xu’s cubes, which are being created by east London design company Egg Limited, will be connected to a hub of shared amenities including printers, scanners, kitchens, restaurants, laundry rooms and multimedia broadcasting suites. He also promises a team of lawyers and accountants on site that freelancers or small businesses can turn to for advice.

Each floor of 18 cubes will also feature showers. Xu said these extra facilities will encourage workers to spend longer on site, thereby reducing the use of public transport and exposure to the virus.

He said the showers would be regularly cleaned and disinfected to prevent spread of the virus. “If you think of a VIP lounge in an airport, first class passengers have showers before flights and [some] A380 aircraft have shower rooms. If they can ensure it’s safe, we can ensure the virus is not spread in this environment.”

When asked whether workers might end up spending the night in the cube, Xu says it will be actively encouraged. “The facilities will be so good that they can support our workers if they need to work on an overnight project,” he says. “I will be taking a cube myself and spending some nights there to avoid the commute.

“The working environment in most traditional offices is quite boring, and very few are human-centred,” said Xu, who has been living in north London since the virus struck the UK in March. “After eight hours people want to leave and go to the pub or a park. With our office people want to stay.”

By materials of https://www.theguardian.com/ 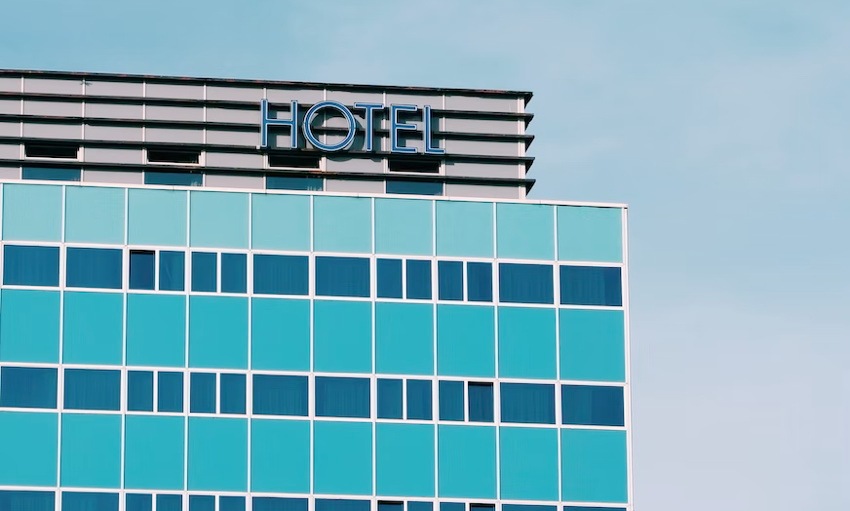 As the world continues to find a new normal post-COVID, consumers have placed heightened importance on travel and experiences, which has accelerated lodging demand, and resulted in RevPAR reaching or exceeding 2019 levels in some markets. 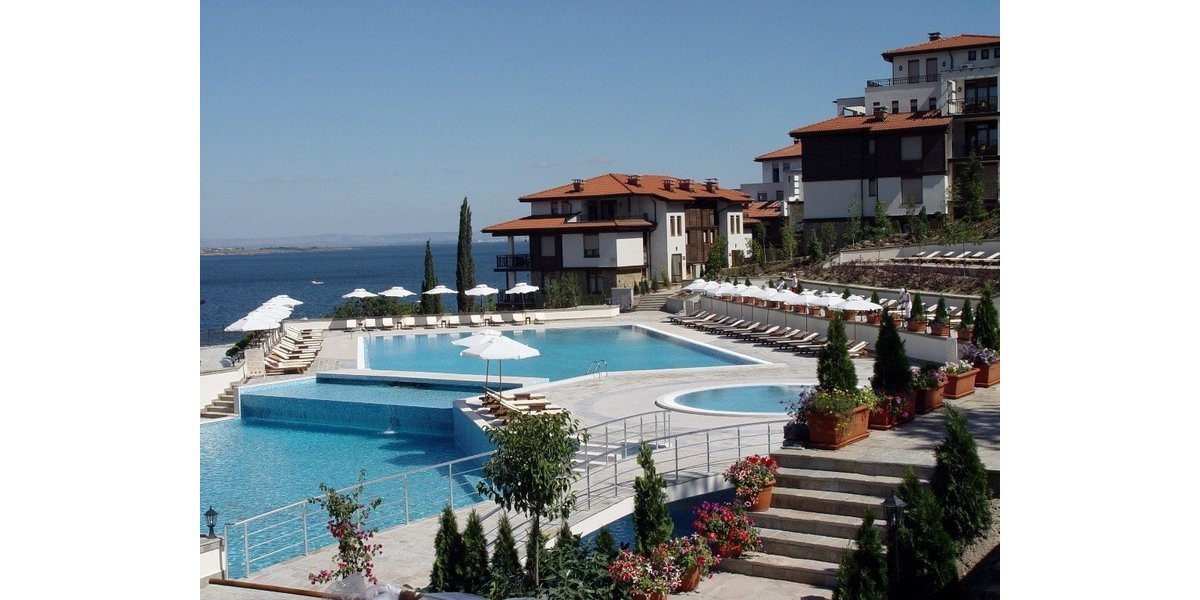 Having lived and worked in many countries is worth its weight in gold, nothing jolts the mind, as much as being in a place where you understand nothing of what’s going on around you.